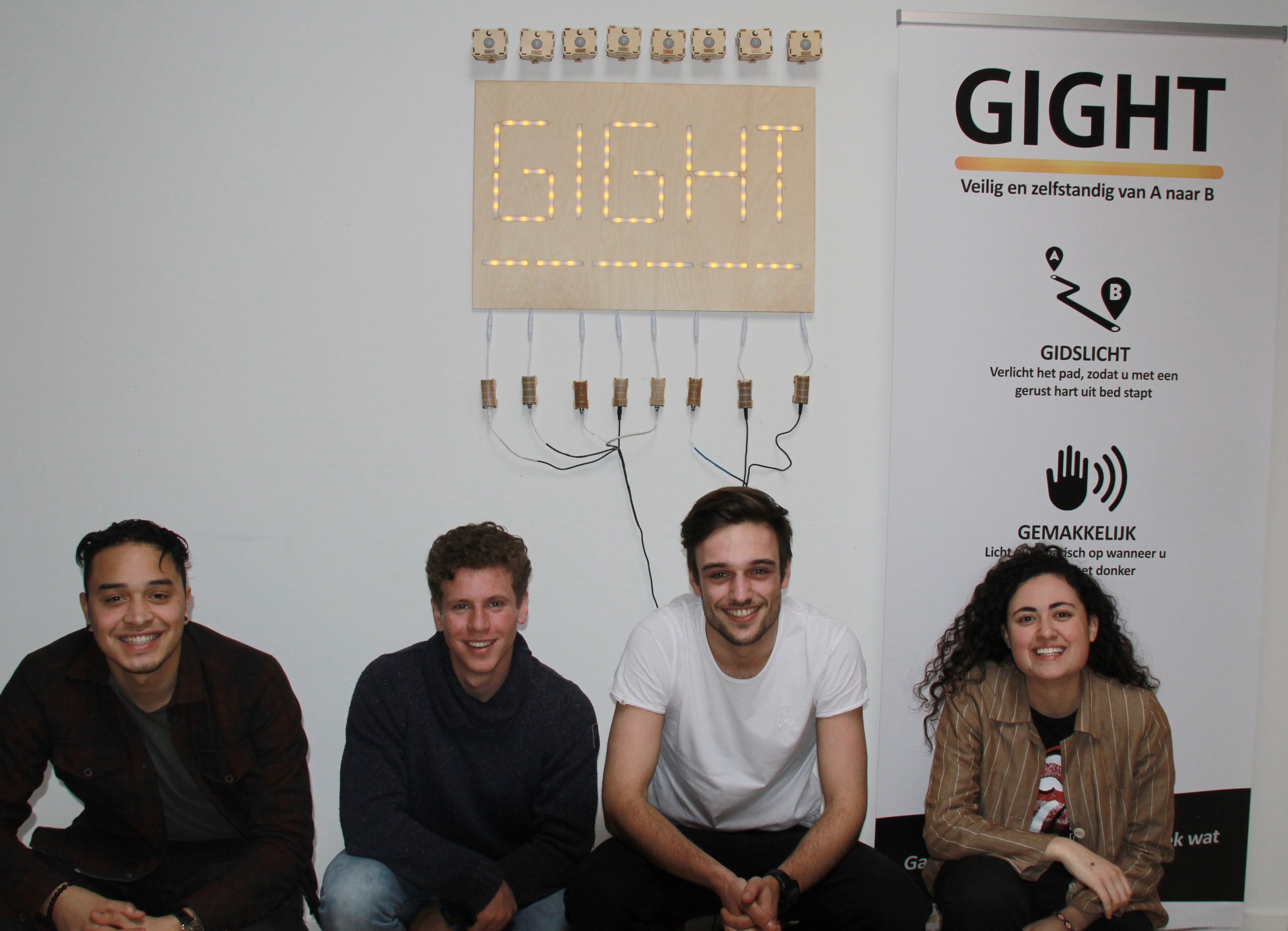 Name: Eef Lamers
Business: Gight
Occupation: Student and entrepreneur
Life quote: “I am too young to have a life quote.”
Wakes up in the middle of the night for: Games

On a sunny winter’s day, we met up with Eef Lamers at the Heyendaal Campus. Eef is a physics Master student at Radboud University and he has his own startup: Gight, a system that helps to prevent elderly from falling down when they get up at night. We talked with Eef about being a student entrepreneur, entrepreneurship, passion and the future.

Eef is a Master student at Radboud University. When he decided to take a course on entrepreneurship, his whole world changed. Together with fellow students, Robert and Joris, he developed a so-called guiding light out of led strips. When the led-strip senses movement, lights automatically turn on and guides a person from their bed to their bathroom. It is especially useful for the elderly. This way they help to prevent them from falling at night, which could cause injuries.

When the entrepreneurs developed the guiding light, they came in touch with the Jurgens Fonds, a fund that supports social entrepreneurs. Then the team of Gight was invited to participate in a program to prepare them for developing their business. This opened many doors for Gight. “We were invited to pitch at a big event, where we met many new people. Among them was the alderman of Oss. We were searching for a place where we could do a pilot. We developed the guide light, it was working and we needed to test the impact of our product with elderly. The alderman became enthusiastic and offered us to fund half of a pilot in Oss. The other half we had to raise ourselves.”

Then the team of Gight managed to get the other half of the funding at a healthcare organisation in Brabant. They were able to start a pilot! Right now the pilot is still running until June 2018. They have more than 70 participants. “We already have our very first office and production area here in Nijmegen. Our team also grew. We have students helping us every now and then.”

Eef told us that he especially enjoys learning from this project. He gains some practical experience after studying for over five years. “Making money is not our main focus. As a student you gain a lot of knowledge during your study. But you are not applying it in the real world. I see it as giving something back to society with the knowledge I gained over the years.” Eef learned many things by building up his own business. He told us that a plan is for example really essential when you want to build something up from scratch. However, you do not need a plan of 50 pages, he beliefs. “Don’t go blind on the details. And just do it. Be brave”

Five years ago, Eef would not have been so brave. Calling a paper or a radio station would not even be on his to do list, as he did not think he would have anything interesting to tell them for an article. Now he just does it without any hesitation. Being an entrepreneur gives you courage to do things out of your comfort zone. “Being an entrepreneur in Nijmegen is also really interesting. In the city, entrepreneurship is really dynamic and there are many entrepreneurs here. We have a lot of interesting things going on at the campus. However, we do not really show that to the rest of the world.”