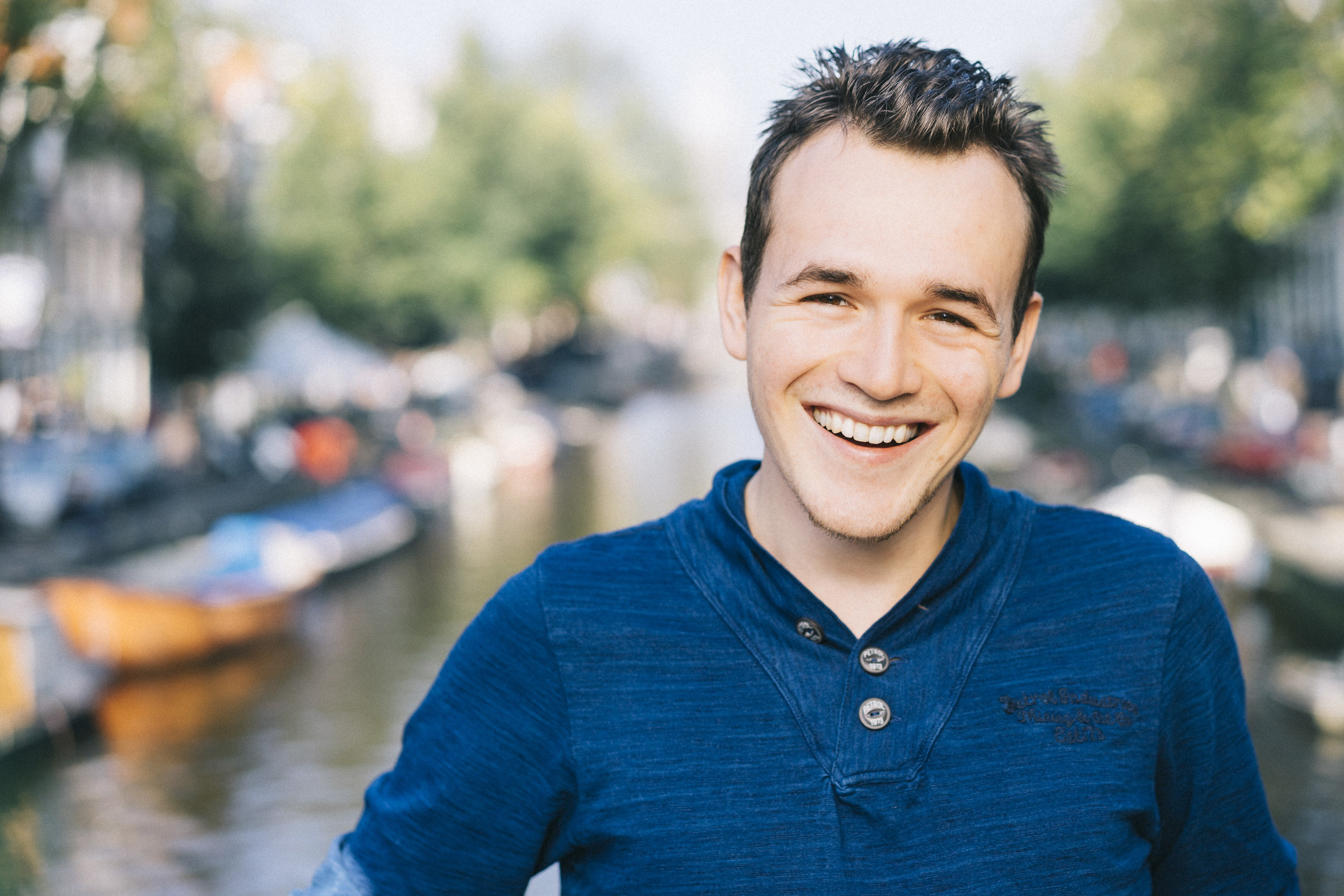 What do you do if you’re a medical student and you want to optimize your learning behavior? Or what if you’re in need of personal feedback on how well you’re doing compared to other students or even feedback on which subjects or themes need more attention? You download the free Plexuz app. In case of Martijn van der Meulen, you develop it!

Plexuz is an app that supports medical students by giving them personal feedback on their learning behavior. It works like a quiz-app. You choose the topic within medicine you want to practice and answer multiple choice questions. Almost all the questions provide feedback whether you give the correct or wrong answer. Furthermore, the app tracks your progress and advises which topics you’ve mastered and which topics you need to work on. ‘We received the questions from the Radboudumc and we linked every question to cognitive learning objectives for first year medical students as well as for almost graduates. Every medical student in the Netherlands can benefit from Plexuz’, says Martijn. ‘Besides, you can invite other students to join your study group to learn even more effectively.’

‘During the first years of my studies I often had the feeling that I wasn’t getting optimal results. A score of 70% meant that I missed out on the other 30% and I didn’t know why. Also, I felt that I didn’t receive the feedback I needed from the faculty and missed the oversight of my knowledge and what it should be. After talking to other students about it I’ve realized that this was a common problem, one that I could solve’, Martijn explains.

He started working on the very first version of Plexuz back in 2014. Today the Plexuz team has two more members, Romy Heijse, law student at the Radboud University, responsible for business development and marketing and Pieter van Laatum, recent Informatics grauate at the Radboud University and IT-developer at Plexuz. After a year of developing, they finally launched the new and improved third version of Plexuz. Within two weeks the app has over 200 users. Great news for Martijn. However, he has bigger plans. ‘In time we want to add other studies, beside medicine and even introduce it in high schools. But first we hope to convince the teachers and professors to work with Plexuz as well.’ Not an easy task to do. Like healthcare, education sector is also quite conservative. Oftentimes decision making is linked to best practice. Nevertheless, the team is positive about the outcome. They developed a new feature that creates the most optimal study group based on students’ results and learning objectives in the app. ‘In my opinion, a ‘smart’ study group will achieve better results compared to a group that is randomly placed together by the professor. We’re hoping that this feature will be widely supported by the teaching staff, so that we can start with a pilot.’

An amazing idea and a quality product. However, the business side of things can get tricky sometimes. ‘We developed this app not quite according to the lean-startup method’, laughs Martijn. ‘And we don’t even have an earning model yet, as the app is free, without commercials or premiums. Also, we lack knowledge on how to lift this business to the next level. This is why it’s important that the university facilitates this kind of support for starting entrepreneurs. I followed a startup program at REshape and I often discuss my affairs with a coach from Mercator Launch.’

Evidently, Plexuz is not about the money. ‘This project captured me and became my hobby and my pastime. It was never my vision to develop this app for myself, as I’m nearly graduating. The aim of this project was to support the future medical students in becoming better doctors. For me, that’s the ultimate payoff.’

In all those years developing Plexuz, Martijn realizes how important it is to have a team that you can trust. This is also his advice for a beginning entrepreneur. ‘Choose your team wisely. You’ll have a bigger chance at success if you work with someone you’ve known for a while. Developing a product is not easy, but you’re more likely to succeed when you’re surrounded by the right people.’

You can now download Plexuz for free below (in Dutch):